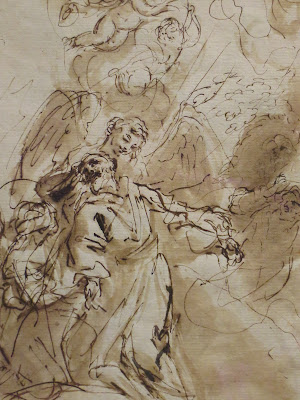 Sebastiano Ricci (Venetian, 1659-1734), The Ecstasy of Saint Francis, 1706-1720, National Gallery of Art, Washington. Saint Francis turns and sinks into the supporting arms of angels as he is pierced with rays from an apparition above, on view at the National Gallery's Heavenly Earth exhibition through July 8, 2018.

Angels everywhere is the program set for the free noontime concert Wednesday, May 2, at  St. John’s Episcopal Church, Lafayette Square.


Heralding their arrival will be a new arrangement of Amazing Grace, How Sweet the Sound  by Craig Phillips, the composer for much of the program which will begin at 12:10 p.m. and last about 35 minutes.

Michael Lodico, the organist and director of music ministry at St. John’s, will be the guest artist. 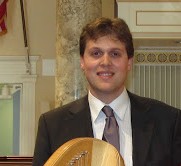 The composer is the director of music ministry at All Saints’ Church in Beverly Hills whose works are performed throughout the world.  Dr. Phillips has won and judged many competitions and has received numerous commissions including that from the Washington National Cathedral.   He earned his master and doctoral degrees from the Eastman School of Music in Rochester. 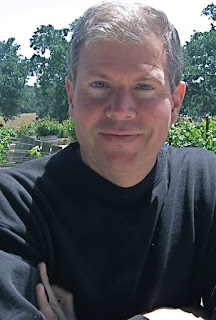 Mr. Lodico, recently promoted to head St. John’s music ministry, is a graduate of the Curtis Institute of Music and recipient of a Fulbright grant for graduate study in the Netherlands.

The program, part of St. John's First Wednesday Concerts, is: 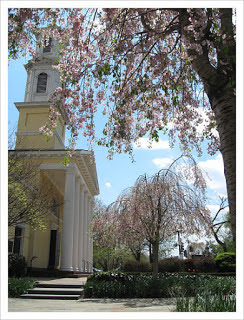 The church was founded in 1815 and is known to Washington residents as the yellow church at Lafayette Square. It's often called the “Church of the Presidents” since beginning with James Madison, who was president from 1809 to 1817, every president has attended services at the church, and several have been members. A plaque at the rear of St. John's designates the pew where President Abraham Lincoln often sat when he stopped by the church during the Civil War.

June 6: Music by Women Composers, including Margaret Sandresky's Dialogues for Organ and Strings by Ilono Kubiaczyk-Adler, organist, with the U.S. Air Force Strings
Attend May 2 and come away with joyful music and a sprinkling of angel dust to savor.


Posted by Patricia Leslie at 5:52 PM